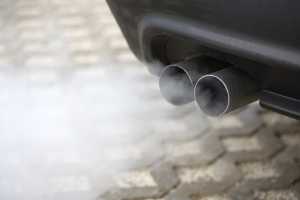 A car exhaust plays a huge part in air pollution but not enough of us pay attention to our car’s exhaust. Things can be running seemingly fine everywhere else, yet the fuel coming from the exhaust can tell a whole other story! Different coloured exhaust smoke is one of the biggest signs that you have a problem somewhere, but which colour relates to what problem and what exactly should you do about it?

White, blue, black and sometimes even grey coloured smoke are the telltale signs that something isn’t quite right with your car. So let’s take a closer look at what the different colours could mean

People often assume they will overlook this one with it being white, but trust us, you won’t. The exhaust smoke is an extremely thick and cloudy white smoke.

This could be a sign that the coolant is leaking. If this is the case then the engine is at risk of overheating, which could lead to further problems, such as blown gaskets. If you do notice this, it should not be ignored and you should contact a mechanic straight away.

Blue smoke is a classic sign that the oil is being burnt in the engine i.e there is an oil leak. This could be due to a reduction in the lubrication of moving parts of the engine. Overtime as a result of this the seals can wear out and need replacing in order to stop any leaks.

Generally speaking, this problem isn’t so bad on older vehicles as it can be managed easier by regularly topping up the oil levels.

This is an obvious sign that the air filter could be clogged and the engine is burning too much fuel i.e. it is using more than it needs to in order to make the engine run. This means the car cannot create the right air:fuel combination and as a result, the car’s natural reaction is to burn more fuel. This problem lowers the fuel efficiency and can be rather expensive for the owner! However, black smoke may be the scariest looking one of the three but it is also the easiest to fix.

Grey can be another colour smoke to keep an eye out for, although it is often not as common as the other three.

It can be more difficult to diagnose but can be a sign that the engine is burning oil; this could be down to a bad turbocharger. If you do notice grey smoke, you should follow the same precautions as blue smoke.

It cannot be stressed enough how important it is that you pay attention to your car and make sure if there are any visual signs that something is not right, you don’t just ignore it and hope it will go away by itself – like coloured exhaust smoke! – but you should take it to your car garage and let the experts take a closer look and diagnose the problem for you.

With a new exhaust, or a repaired one, your car can perform to its best and even save you money on fuel too! So if you’re looking for a respectable garage to carry out exhaust repairs on your vehicle, please get in touch with Universal Tyres.